OOP Below the Line 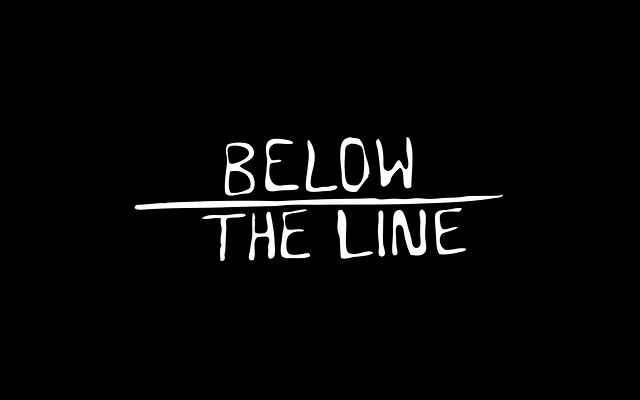 Using your new-found knowledge of environments, it'll be much easier to understand how OOP works! We call this "below-the-line" because we're achieving the functionality of OOP without any special procedures (such as define-class).

Let's take a look at the following code:

In this example, a complex number object is represented by a dispatch procedure. The procedure takes a message as its argument, and returns a number as its result. However, dispatch can return a procedure instead of a number, and it allows for extra arguments to what we are calling the method that responds to a message.

All of an object's activity comes from invoking its method procedures; the only job of the object itself is to return the right procedure when it gets sent a message.

Any OOP system that uses the message-passing model must have some below-the- line mechanism for associating methods with messages. In Scheme, with its first-class procedures, it is very natural to use a dispatch procedure as the association mechanism. In some other language the object might instead be represented as an array of message-method pairs. If we are treating objects as an abstract data type, programs that use objects shouldn't have to know that we happen to be representing objects as procedures. The two-step notation for invoking a method violates this abstraction barrier. To fix this, we invent the ask procedure:

ask carries out essentially the same steps as the explicit notation used in the text. First, it invokes the dispatch procedure (that is, the object itself) with the message as its argument. This should return a method (another procedure). The second step is to invoke that method procedure with whatever extra arguments have been provided to ask. The body of ask looks more complicated than the earlier version, but most of that has to do with error- checking: What if the object doesn't recognize the message we send it? These details aren't very important. ask does use two features of Scheme that we haven't discussed before:

The procedure apply takes a procedure and a list of arguments and applies the procedure to the arguments. The reason we need it here is that we don't know in advance how many arguments the method will be given; if we said (method args) we would be giving the method one argument, namely, a list.

In our OOP system, you generally send messages to instances, but you can also send some messages to classes, namely the ones to examine class variables. When you send a message to a class, just as when you send one to an instance, you get back a method. That's why we can use ask with both instances and classes. (The OOP system itself also sends the class an instantiate message when you ask it to create a new instance.) Therefore, both the class and each instance is represented by a dispatch procedure. The overall structure of a class definition looks something like this:

(Please note that this is not exactly what a class really looks like. In this simplified version we have left out many details. The only crucial point here is that there are two dispatch procedures, one inside the other.) In each procedure, there is a cond with a clause for each allowable message. The consequent expression of each clause is a lambda expression that defines the coreesponding method.

In the previous subsection, you learned how to give a procedure a local state variable: define that procedure inside another procedure that establishes a variable. So it can be written as the follwing example:

Inheritance is the mechanism through which objects of a child class can use methods from a parent class. Ideally, all such methods would just be part of the repertoire of the child class; the parent's procedure de nitions would be "copied into" the Scheme implementation of the child class. The actual implementation in our OOP system, although it has the same purpose, uses a somewhat di fferent technique called delegation. Each object's dispatch procedure contains entries only for the methods of its own class, not its parent classes. But each object has, in an instance variable, an object of its parent class. To make it easier to talk about all these objects and classes, let's take an example that we looked at before:

Let's create an instance of that class:

Then the object named Gerry-account will have an instance variable named my-account whose value is an instance of the account class. (The variables "my-whatever" are created automatically by define-class.)

(Naturally, this is a vastly simplified picture. We've left out the class dispatch procedure, among other details. There isn't really a procedure named make-checking-account-instance in the implementation; this procedure is really the instantiate method for the class, as we explained earlier.)

There is one drawback to the delegation technique. When we ask Gerry-account to deposit some money, the deposit method only has access to the local state variables of the account class, not those of the checking-account class. Similarly, the write-check method doesn't have access to the account local state variables like balance. You can see why this limitation occurs: Each method is a procedure defi ned within the scope of one or the other class procedure, and Scheme's lexical scoping rules restrict each method to the variables whose scope contains it. The technical distinction between inheritance and delegation is that an inheritance-based OOP system does not have this restriction. We can get around the limitation by using messages that ask the other class (the child asks the parent, or vice versa) to return (or modify) one of its variables. The (ask self 'withdraw ...) in the write-check method is an example.

The simplified Scheme implementation shown so far hides several complications in the actual OOP system. What we have explained so far is really the most important part of the implementation, and you shouldn't let the details that follow confuse you about the core ideas. We're giving pretty brief explanations of these things, leaving out the gory details.

One complication is multiple inheritance. Instead of delegating an unknown message to just one parent, we have to try more than one. The real else clauses invoke a procedure called get-method that accepts any number of objects (i.e., dispatch procedures) as arguments, in addition to the message. Get-method tries to fi nd a method in each object in turn; only if all of the parents fail to provide a method does it give an error message. (There will be a "my-whatever" variable for each of the parent classes.)

Another complication that aff ects the else clause is the possible use of a default-method in the class de nition. If this optional feature is used, the body of the default-method clause becomes part of the object's else clause.

When an instance is created, the instantiate procedure sends it an initialize message. Every dispatch procedure automatically has a corresponding method. If the initialize clause is used in define-class, then the method includes that code. But even if there is no initialize clause, the OOP system has some initialization tasks of its own to perform. In particular, the initialization must provide a value for the self variable. Every initialize method takes the desired value for self as an argument. If there are no parents or children involved, self is just another name for the object's own dispatch procedure. But if an instance is the my-whatever of some child instance, then self should mean that child. The solution is that the child's initialize method invokes the parent's initialize method with the child's own self as the argument. (Where does the child get its self argument? It is provided by the instantiate procedure.)

Finally, usual involves some complications. Each object has a send-usual-to-parent method that essentially duplicates the job of the ask procedure, except that it only looks for methods in the parents, as the else clause does. Invoking usual causes this method to be invoked.

Now let's implement a simple counter. Every time the counter is called, it increments its own local variable and the global variable for all counters. Here is the code for our counter class:

The example above shows how environments support state variables in OOP, but it’s simplified in that the instance is not a message-passing dispatch procedure. In short, it isn't very realistic.

Currently, we call the counter with no arguments and are returned a list of the local and global variables for that counter. Change this class so that the counter has two methods, either 'local or 'global. Each of these methods takes in exactly one argument: the number by which to increment the counter. Your code should work like this:
8 - Assignment, State, and Environment